The destroyer of obstacles and beacon of good fortune, Lord Ganesha was given the boon of being the first God to be remembered before any important or auspicious event in Hinduism. Over time, Lord Ganesha gained the status of being the favorite God of everyone, especially for his wisdom, intelligence, and benevolence. And that is why his birth is one of the most celebrated festivals in Hinduism and in India. Popularly known as Ganesh Chaturthi or Vinayaka Chaturthi, the festival is celebrated in August and September of the Gregorian calendar. An 11-day long affair, Ganesh Chaturthi is celebrated with great pomp, hymns, chants, and Ganesha’s favorite Modaks (Sweets).

And while scenes of long processions with large idols of the Lord are common on the road, the actual legend of the birth of Lord Ganesha is not common knowledge. Read on to know more about one of India’s most favorite festivals.

Several stories revolve around Lord Ganesha’s birth, but the most common and retold one is:

“Once when Goddess Parvati went to take a bath, she took off the sandalwood paste from her body and created it into Ganesha. She then instructed Ganesha to stand a post outside and not to let anyone enter. When Lord Shiva, the husband of Parvati, tried to enter, the young Ganesha stopped him. As a dutiful son who had no knowledge who Shiva was, Ganesha was merely acting on orders but it enraged Lord Shiva to the point that he beheaded young Ganesha. When Parvati came to know of the events, she got angered. Shiva then promised her that Ganesha will live.

“And so, Lord Shiva sent his followers to fetch the head of a youngling whose mother was sleeping with her back at him as an act of negligence. After a search far and wide, his followers came across a baby elephant whose mother was sleeping with her back at him. So, as per the Lord’s order, they brought the head of the baby elephant, which Shiva duly attached to the body of Ganesha and breathed life into. Not only that, he gave Ganesha the boon that whenever there is an event on the face of this earth, the first prayer will be offered to him and he will be the first one to be remembered. He also bestowed him with powers to take away the obstacles and problems of his followers, thus, naming him Vighnaharta.”

Ganesh Chaturthi falls on the fourth day of the Shukla Paksha (waxing moon) in the month of Bhadrapada, which starts on 2nd September this year. As per the belief, Lord Ganesha comes to the houses of his devotees and stays there for 10 days. At the end of this duration, he is immersed into the river or sea on the 11th day (12th September), from where he returns back to his parents in Mount Kailash.

If you wish to celebrate Ganesh Chaturthi at your home, here is a shortlist of rituals that must be followed: 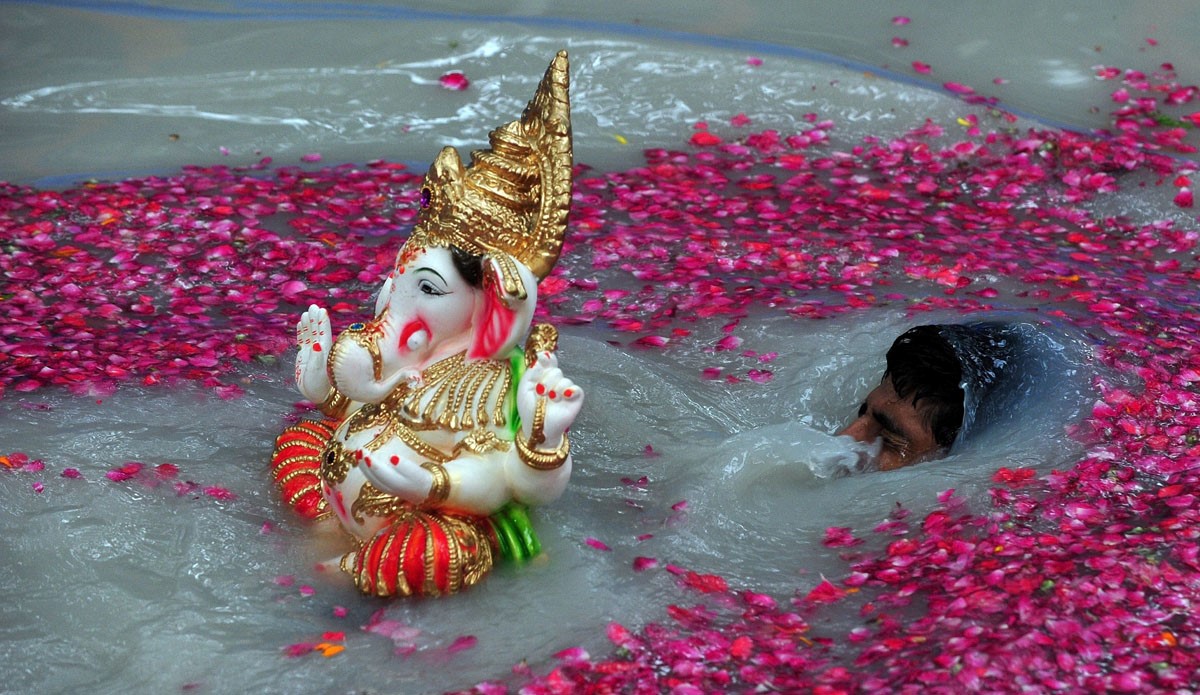 On the 11th day from Ganesh Chaturthi, Lord Ganesha is then taken with festivities and pomp on the streets to finally immerse him in the river or sea, which marks the sweet goodbye to everyone’s favorite, with a promise of coming back the next year. Get more information on how to make the most of this festival by consulting one of the best astrologers in India, Pandit Pawan Kaushik. An expert in astrology and vastu, get his consultation on making the most of the birthday of the benevolent Lord Ganesha by visiting him.