How Can You Save Your Home From Mangal Dosha After Marriage

As far as Vedic Astrology goes, a person’s life is decided by what he does and how his stars interact with each other and his activities. While there are aspects of a person’s life that are beyond the control of astrology, it certainly does have remedies to help a person live with them without ill effects. One such effect is of the planetary placement at the time of a person’s birth. One of the most prominent examples of that is the Mangal Dosha (defect) in the Kundali or the natal chart of a person.

When a person is born under the influence of Mars (Mangal), he is affected by the defect of Mars, or a Mangal Dosha. A ‘Mangalik’ otherwise lives a healthy life like everyone else with the only exception of difficulties caused in their married life when they choose a ‘Non-Mangalik’ as their partner. In simpler words, Mangal Dosha results in ill effects caused to the Non-Mangalik spouse of the couple. In most situations, the couple is split and separated, but in the case where Mars has entered the 2nd, 4th, 7th, 8th and 12th house of a person’s Kundali or natal chart, it proves to be fatal for their spouse.

How to Tackle This?

Usually, the tradition allows only a Mangalik to get married to another Mangalik. The two negatives make a positive, canceling the ill effects for the couple who can live their lives peacefully after that. But that is not in the cards for everyone, and hence, Vedic astrology came up with another solution. A common remedy of this situation is to get the Mangalik married to a tree (Peepal or Banana), an animal, an inanimate object, or to the idle of Lord Vishnu. In such a scenario, the ill effects are transferred to the dummy groom/bride, letting the Mangalik have a happy married life ahead.

Apart from this, delaying a person’s marriage also has been believed to have removed or reduced the effects of a Mangal Dosha in their natal chart. In most cases, the defect disappears as the person hits the age of 28. A mangalik, whose Mangal sits in the 8th house of their charts have to wait till the age of 36 years to get married, to avoid any ill effects from showing up.

To create a perfect and calm life after getting married, here is what you can do to reduce the ill effects of Mangal Dosha on your spouse. 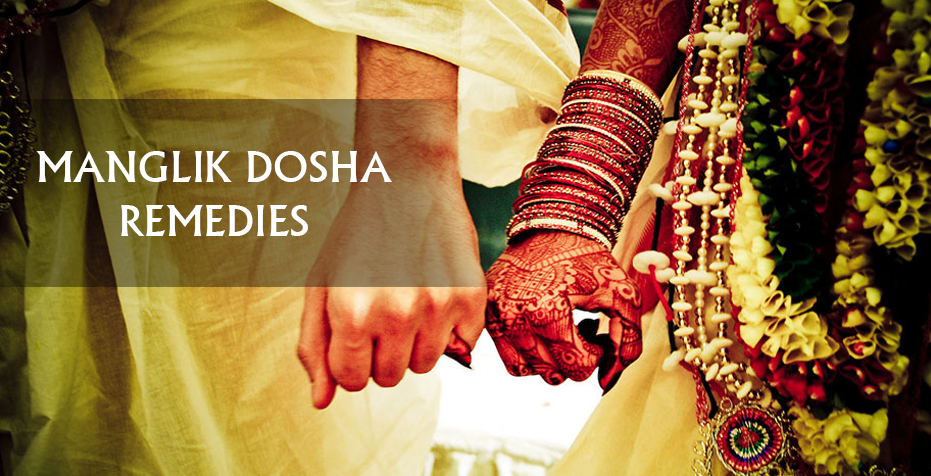 Following this regime will help you create a sound environment at your home and reduce the chances of arguments or health-related issues that usually arise from Mangal Dosha. For more information on astrological and residential Vastu services, you can get in touch with Pandit Pawan Kaushik.