Is Match making or Gun Milan a guarantee of successful marriage?

We see so many separation and divorces around us these days, even after our so-called Match Making. Why?

Many people who believe in astrology, take it as a guarantee. But sadly, this is not true. In practical life, we see many people complaining problems in their marital life, even after they have gone through proper match-making by a reputed Astrologer. People usually complain that they got a good score on Gun-Milan; for instance, 30+ out of 36 and they are not Manglik also.

Now, the question arises that is good match making score alone is sufficient enough for a successful marriage, which is known as Ashtkut Gun Milan in astrology. The answer is very simple, it’s a big NO! We have seen people having good score in Gun-Milan, yet facing problems in married life to an extent of separation. Why? Because we consider Gun-Milan and Mangal Dosh as the sole process of Match Making. Besides this, there is a big confusion considering Mangal Dosh as well. We hear one astrologer saying that dosh is inactive (दोष भंग) while another Astrologer saying that dosh is not null, it is a Manglik Horoscope. Confused? I will try to answer all these questions concerning why do we come across failures in married life? Why does a marriage fail to prosper even when it is known as saat janmo ka bandhan? 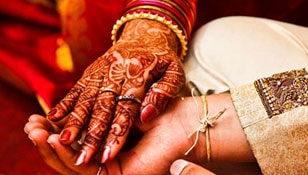 Today, everybody is a doctor as they know the names of few analgesic or antibiotic tablets. So, he prefers taking the medicines without prescription and feel good without knowing side effects. The same happens in astrology.

We go through Gun-Milan online or take help of astrology software and that’s it. Sadly, this is not the only problem. Marriage problems arise even after getting it done from an expert astrologer. And it is, indeed, a big problem which directly raises finger on this ancient science. So, let us see where the mistake is.

As per Astrology, a proper Match Making requires consideration of 5 basic factors:

I will discuss these 5 key points of a proper Match Making in next discussion.